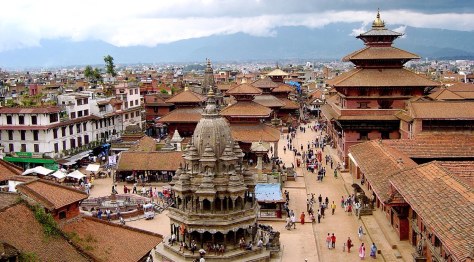 The rate of economic growth of any nation is directly related to its industrial development. In this regard tourism industry is certainly one of the major aspects of Nepalese economy. Apart from providing employment to the people, tourism also helps create national income by utilizing its natural resources as well as conserving socio-cultural heritages. In the process, it helps improve the living standard of the people, the prime objective of any development activity of a country.

Like many other economic sectors, the potential of tourism in Nepal is yet to be explored and realized. It would not be an exaggeration to identify the tourism in Nepal as still a crawling industry through its infancy. Being a labor intensive service sector, the Ministry of Culture, Tourism & Civil Aviation (MoCTCA) has recognized it as a potential sector for the economic development and a major source of employment to help reduce poverty in the country. MoCTCA in 2009 aimed to increase annual international tourist arrivals to 2 million and increase employment in the tourism sector to one million by 2020. The goal seems tough to achieve with the advent of recent devastations caused by the earthquakes and the existing level of infrastructures and capabilities.

Nearly 82 years after the mega earthquake of 1934 CE, Nepal was heavily shaken by the recent M 7.6 earthquake on Saturday, 25th April, 2015 at 11:56 NST and a major aftershock of M 6.8 on Tuesday, 12th May, 2015 at 12:50 NST. With the epicenters located in Gorkha and Dolakha districts respectively, the tremors of the quakes were felt as far as in China, India and Bangladesh.

Nearing one year after the Gorkha Earthquake, the figures up till now show that the devastating earthquake and the following major aftershocks left around 9,000 dead, 23,000 injured and thousands homeless all over the country. It is estimated that these earthquakes affected almost one-third of the entire nation’s population including 31 districts, of which 14 were hard hit. An analysis of the data for each affected district, in combination with the data on population, reveals that the average values of disaster effects, NPR/person range from a high of NPR 255,860 per person in Dolakha to NPR 43,800 in Makawanpur, with an average of NPR 130,000 per person across the 14 most affected districts (Table 1.1A).

As per the Post Disaster Needs Assessment (PDNA), National Planning Commission, the total damages and losses caused by the earthquake is NPR 706 billion (US$ 7.0 billion) which is about one third of the Gross Domestic Product (GDP) in FY 2013-2014. In the aftermath of the disaster, while considering individual sectors of social and economic activity, the Housing & Human Settlements sustained about 50 percent of the damages and losses followed by the Tourism sector at 11 percent. The environment, education, finance and agriculture sectors represent between 4-5 percent each of the total disaster effects. Compared to all the socio-economic sectors, Tourism incurred highest disaster effect in terms of losses i.e. NPR 62 billion (Table 1.1B).

Table 1.1B: Summary of disaster effects

It is also important to note that out of the total damages and loses incurred by the country, the private sectors have sustained over 3 times in damages and losses (NPR 540 billion) compared to the public sectors (NPR 166 billion) as shown below (Figure 1.1).

Although the tourism sector in Nepal has sustained significant physical damages, the tangible economic losses will be more pronounced over the next couple of years as a result of the earthquakes. Also in terms of declined number of tourists, the overall impact of the earthquakes on the tourism sector goes beyond the 14 highly affected districts and some well-known tourism destinations in Nepal such as Chitwan and Pokhara.

It is estimated that the overall impact will translate into a reduced number of annual tourist arrival; about 40 percent, on average, over the next 12 months, and another 20 percent reduction in the following 12 to 24 months. Likewise, the tourist spending per day will be reduced from US$ 46.4 to US$ 35, which will be a great setback for the revenue generation in coming years. The loss of tourism revenue alone is estimated to be over NPR 47 billion. A total NPR 62.4 billion of revenue losses is estimated due to a combination of losses in tourism including air transport, trekking, tour operations, restaurant and costs of debris removal & future promotional campaigns for tourism. Overall, the Nepalese tourism industry experienced over NPR 81 billion in damages and losses due to the catastrophic earthquake. This amount is 11% of the total cost of damages and losses incurred by the country.

There are some major economic indicators of tourism sector in Nepal as identified by the Ministry of Culture, Tourism and Civil Aviation (MoCTCA), Nepal Rastra Bank and the Ministry of Finance. Last year about 800,000 tourists flew to Nepal in 26 different airline carriers, stayed around 13 days and spent US$ 46.4 each while contributing 2.6 % to the national GDP (Table 2).

6 thoughts on “(Part I) The Gorkha Earthquake 2015: Economic Impact on Nepal Tourism”